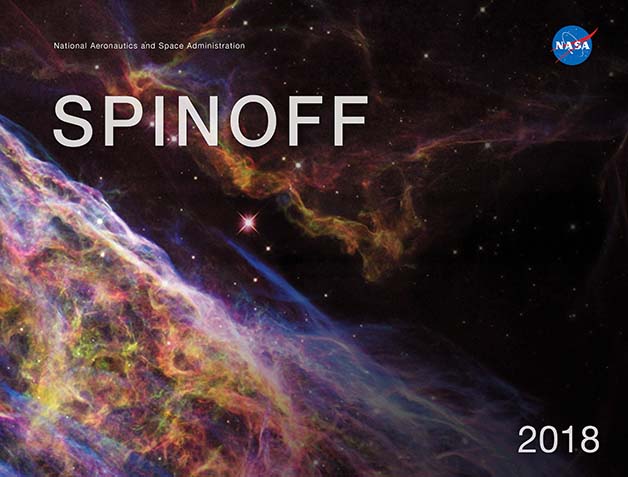 An apple a day keeps the doctor away—but how do you bring enough apples, and other fresh food, all the way to Mars and back? Given the limits on how much cargo can be brought on any space journey, NASA has been exploring solutions to pack maximum nutrition into each bite. Astronauts already take vitamins and other nutritional supplements, but what if extra nutrients could be added to fruits and other plants as they grow? It’s a solution that could have a huge impact on Earth as well, especially where food scarcity and poverty continue to make malnutrition a terrible problem.

The technology comes from Boca Raton, Florida-based Zero Gravity Solutions Inc. (ZGSI), founded by 19-year U.S. Department of Agriculture veteran John Wayne Kennedy. Kennedy was already working with NASA to explore cell replication and gene expression in microgravity when he began investigating the possibility of increasing the nutritional value of plants as they grow. The key, he theorized, was increasing the level of minerals like zinc and copper. 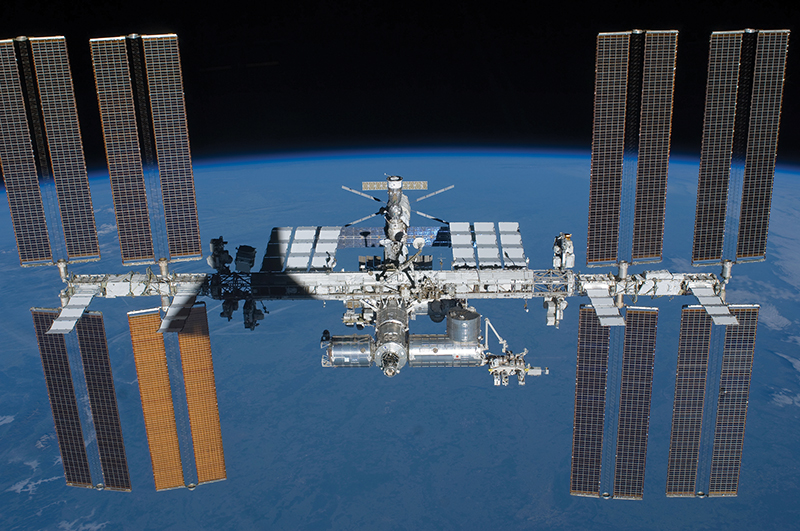 With longer-duration voyages envisioned, research is ongoing to ensure astronauts will be able to maximize nutrition while minimizing cargo volume. In 2017, NASA delivered to the ISS broccoli seeds to be grown with a micronutrient formula developed under Space Act Agreements.

These micronutrients, explains Ames Research Center plant scientist John Freeman, are crucial for human health and are often lacking in sufficient quantities in the food we eat. Most essential are the “big four,” he says, referring to zinc, selenium, iron, and iodine. “Deficiencies in these four minerals cause illnesses and disease in billions of people worldwide.” Scientists call it “hidden hunger,” because these deficiencies often appear in people who otherwise appear to have enough food to eat. “The world’s staples are rice and corn and potatoes and wheat,” Freeman explains, “but those crops are often very deficient in these micronutrients.” Moreover, even plants that are traditionally rich in minerals can end up with lower concentrations of them after years of harvests have depleted the soil. Kennedy wanted to increase the level of micronutrients, on a cellular level, in plants as they grow. “That creates a highly nutritious plant by itself, by bringing the zinc and copper into the food,” explains ZGSI CEO Harvey Kaye, “but it also makes the plant much healthier, by virtue of enhancing the overall stress responses and photosynthesis. This can result in higher yields and quality, including greater sugar content.” That would mean a double benefit for long-duration space voyages, by increasing nutrition for astronauts while also helping to make any crops they grow hardier and more likely to thrive under adverse conditions.

In 2016, Ames Research Center and ZGSI signed a new reimbursable Space Act Agreement, with Ames senior research scientist David Bubenheim as principal investigator, to evaluate the nutrient delivery system for commercial agriculture and space applications. A trial based on a batch of broccoli was sent to the International Space Station in early 2017. “We’re hoping to not only improve growth of roots and shoots but also to biofortify and increase levels of zinc in edible portions—the shoots of the broccoli,” Freeman says.

“You can keep piling on all the fertilizer in the world, but if you don’t have sufficient micronutrients, a plant can’t work at its full capacity.” — Andrew Koopman, Zero Gravity Solutions Inc.

Although this crop will merely be for evaluation purposes, he says he hopes future iterations will be given to astronauts to eat.

But in the meantime, says Kaye, the positive results from the various ground- and space-based tests have convinced ZGSI to sell their product for agriculture here on Earth. The company has provided the technology for academic trials as well as to commercial farmers for testing, and is now manufacturing and selling it commercially to growers in the United States and overseas.

ZGSI calls its product BAM-FX Plant Mineral Solution, which stands for Bio-Available Minerals, Formula X. Growers can either apply it as a soil drench at the time of planting or spritz the formula onto the leaves as the plant grows, Kaye explains. Because cells carry a negative charge, and BAM-FX Plant Mineral Solution has a positive charge, it is attracted to plants. And because the zinc and copper are in the right cationic bioavailable forms, they are able to pass through the cellular membrane transporters “and efficiently deliver nutrients into the cells of the plant.”

The goal is not to replace fertilizer, says Andrew Koopman, CEO of Zero Gravity Life Sciences Inc., a subsidiary of ZGSI, but to help the plant use the fertilizer and other nutrients more efficiently. “The reason you need minerals is because they’re cofactors: enzymes need them to operate.” The enzymes enable metabolism by breaking down nutrients. The more efficient a plant’s metabolism, the better it grows and regulates reactions to external stressors, like drought and heat. 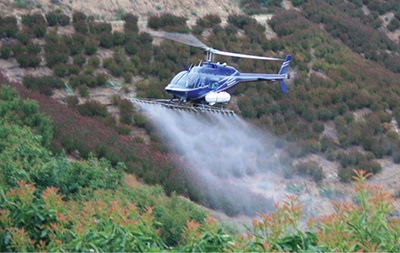 The formula can be applied to the seed at planting time or, as this helicopter is doing in California, sprayed over the leaves as they grow.

If you only have a small supply of a mineral, that limits enzyme activity, so increasing mineral levels “increases the plant’s efficiency and lowers its energy requirements.”

In other words, says Koopman, “You can keep piling on all the fertilizer in the world, but if you don’t have sufficient micronutrients, a plant can’t work at its full capacity.”

When treated with BAM-FX, crop yields increase on average by 25 percent, in some cases even when growers used 25 percent less fertilizer, ZGSI says, which could mean lower costs for farmers and less pollution from nitrogen and phosphorus runoff. In a study in California’s wine country, BAM-FX increased vineyard yield by 50 percent under drought conditions while also increasing total phenolic and sugar content, which determines the potential quality and alcohol level in the finished product. 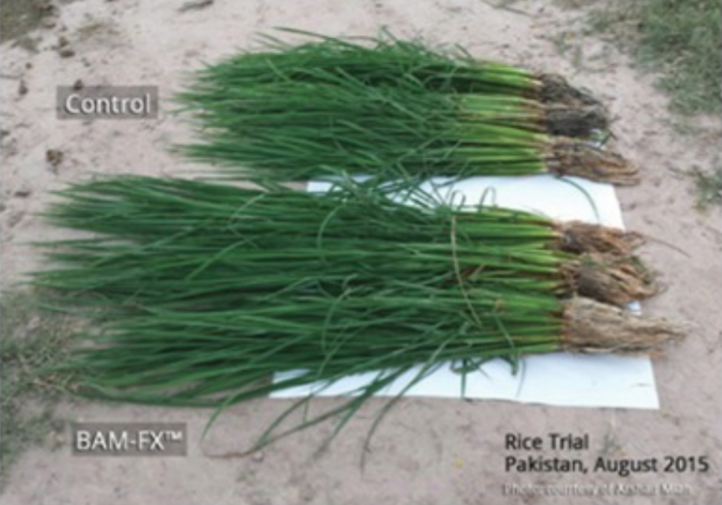 Rice plants grown with the micronutrient formula, called BAM-FX, are bigger and healthier than ones grown with traditional methods alone, as seen in this picture from Pakistan.

The reduced need for fertilizers could have an especially big impact in the developing world, Koopman notes, where many low-income farmers can’t afford effective fertilizer inputs. Following pilot studies in Asia, ZGSI says, the company is now getting orders from Malaysia, India, and Indonesia, with new studies being conducted in South America to test the efficacy of the formula on crops there with differing soil and growing conditions.

“Everybody talks about the need to feed 9 billion people in the coming years with the same acreage. The notion of continuing to do the same thing we’ve done for 50 years is not the answer. What needs to be done is the application of technology to deal with the major issues relating to humanity,” Kaye says.

“NASA has always played a leading role in that kind of work,” Freeman says. “Here’s another example of a product designed for some of the extremes in space that has found clear application in Earth’s agricultural environments.”

We use cookies on our website to give you the most relevant experience by remembering your preferences and repeat visits. By clicking “Accept”, you consent to the use of ALL the cookies.
Do not sell my personal information.
Cookie SettingsAccept
Manage consent

This website uses cookies to improve your experience while you navigate through the website. Out of these cookies, the cookies that are categorized as necessary are stored on your browser as they are essential for the working of basic functionalities of the website. We also use third-party cookies that help us analyze and understand how you use this website. These cookies will be stored in your browser only with your consent. You also have the option to opt-out of these cookies. But opting out of some of these cookies may have an effect on your browsing experience.
Necessary Always Enabled
Necessary cookies are absolutely essential for the website to function properly. These cookies ensure basic functionalities and security features of the website, anonymously.
Functional
Functional cookies help to perform certain functionalities like sharing the content of the website on social media platforms, collect feedbacks, and other third-party features.
Performance
Performance cookies are used to understand and analyze the key performance indexes of the website which helps in delivering a better user experience for the visitors.
Analytics
Analytical cookies are used to understand how visitors interact with the website. These cookies help provide information on metrics the number of visitors, bounce rate, traffic source, etc.
Advertisement
Advertisement cookies are used to provide visitors with relevant ads and marketing campaigns. These cookies track visitors across websites and collect information to provide customized ads.
Others
Other uncategorized cookies are those that are being analyzed and have not been classified into a category as yet.
SAVE & ACCEPT